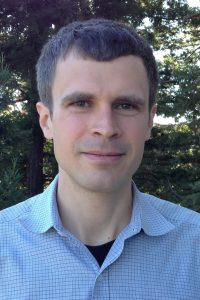 There are several large scale features visible in the gamma-ray data, such as the Fermi bubbles (one can see the edge of the southern bubble in the map to the left) and Loop I (clearly visible in the northern hemisphere). There is also a tentative excess of gamma rays near the Galactic center, which is hard to see in the gamma-ray data due to large foreground emission in the Galactic plane.

I have been the PI for a DFG grant (MA 8279/2-1) to analyze the gamma-ray emission at the base of the Fermi bubbles with Fermi LAT and HESS data. Preliminary list of publications resulted from this project:

3. Loop I is the largest feature in the gamma-ray sky, which is also easily identifiable in the radio and X-ray data.

Another big subject of my current research is application of advanced statistical and machine learning methods to analysis of point sources.

1. Search for individual primordial black holes in Fermi LAT data. This is a joint project with Stefan Funk, Steven Ritz, and Christian Johnson.

Here you can find information about students that I’m currently working with or have worked in the past.